A conversation emerged at the nurse’s station in a local adolescent behavioral hospital on a summer day in early 1996. The professionals included an activity therapist, a psychiatrist, several nurses, a psychologist, and a Christian counselor named Mark Barrentine, LCSW. They had just emerged from a laborious treatment team meeting in which they had spent a half-hour reviewing the follow-up needs of the day’s discharged patients. The group was still in a problem-solving mindset as their schedule allowed for a rare coffee break. A pivotal statement was made: “If only we had better options for teens!” Each professional had come from a different discipline, but each acknowledged that the system was broken when it came to reaching troubled teens.

Mark had his own perspective, given his background in family therapy. Memories of working within broken systems like the juvenile court system, outpatient counseling, crisis interventions, and now an inpatient psychiatric acute care hospital ran through his mind as the group discussed the lack of options. A dreamy conversation ensued about what the ideal treatment intervention would look like if professionals did not have the constraints of managed care–if they could do what they instinctively knew worked to transform lives. Mark Barrentine had an inspired thought he shared with the group: “Imagine forming a school, founded on Christian principles, that was therapeutic in its structure . . .” But this was more than a casual comment or thought for Mark. It inspired the birth of a Spirit-led vision. 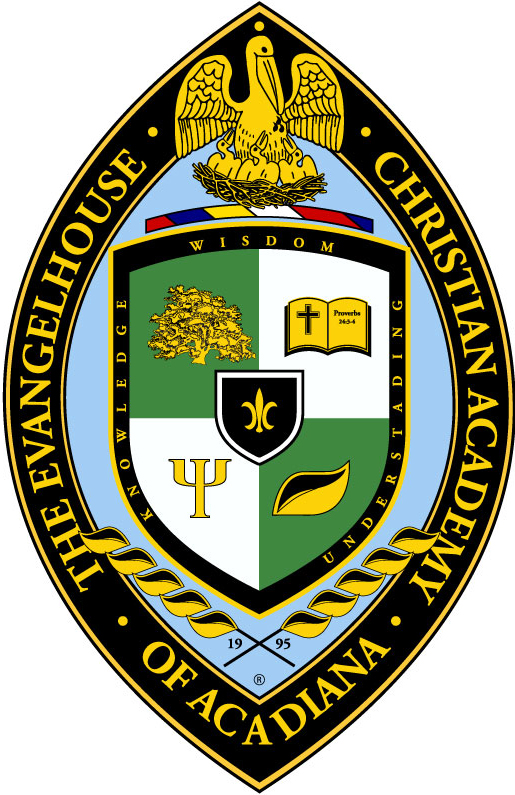 In September of 1999, Mark remembered his inspired comment when he was recruited to take over the directorship of Teen Challenge of Acadiana. The board of directors needed help with a failing organization originally founded as a ministry to help troubled teens. After several unfruitful attempts to revive the organization, a new approach was called for with few examples to follow. Ministries to troubled teens were expected to be outreaches to homeless youth, gang members, teens with severe drug addiction, or teens from impoverished circumstances.

With the Teen Challenge of Acadiana foundations, Mark began reshaping the organization to bridge that gap. In 2001, the ministry was restructured to form Evangeline Christian Home and School for Girls. The integration of Christian principles and clinical services began, and the unique treatment model started to take form.

Mark directed the program in May of 2004 as it developed, grew, and took shape. The corporate brand had been refined from the lengthy Evangeline Christian Home and School for Girls to the trademarked Evangel House® branding. Families from across the nation had been sending their daughters. It became clear that the early structure of the Evangelhouse™ model was much needed, and it was working.

And then a phone call, an invitation from one of the nation’s leading education consultants. She informed Mark that his prototype school had evolved within a marketplace of like-minded therapeutic schools and programs, and he needed to be introduced to some of the industry leaders. She offered Mark a tour through some of the world’s finest therapeutic schools. He was welcomed to over twenty schools to meet with faculty, to talk to students, and to tour campuses. Through this remarkable experience, Mark was able to see the full-spectrum of care, various treatment models, philosophies, and structures within the emerging private parent-choice market.

The elite group of therapeutic schools offered a high level of quality and excellent customer service, but most lacked any reference to God other than traditional AA notions of a “higher power.” It became clear that the Lord was calling Evangelhouse to be a Christian witness within the marketplace of high quality, private, parent-choice schools. An invitation had been made to serve the Lord with this ministry. Evangelhouse stepped into its calling.

Some of the development work in the early days was simply supernatural as the essential elements began to fall into place. Alliances with Lafayette First Assembly, Pastor Tommy Faulk, and Dr. Lynn Aurich were formed early on, and these relationships continue to be strategic. Another remarkable affirmation of the ministry is the quality professionals who joined in establishing the unique Evangelhouse brand. In addition, other professionals, Beth Cox, Tola Olufade, Leslie Beckman, Laura Clark, Verity French, Susan Aurich, Rikki Manahan, and Michelle Grisham made significant contributions. Other key employees called to join the team, applications for admission increased, and confirmation of the Evangelhouse calling was evident.

Over the course of several years the treatment model was honed, step by Spirit-led step. A new paradigm emerged as Evangelhouse structured itself around the spiritual, therapeutic, academic, social, and physical elements, initially called The Five Ways a Student Grows. Not only was the treatment model being realized, but the level of excellence was seen in Evangelhouse™ effectiveness, quality, and customer satisfaction. In August of 2009, the third version of Evangelhouse.com revealed the refined treatment model, now trademarked as the five-stage Lifeleaf™ system. It marks the next chapter of development in the Evangelhouse story.

On the banks of the Teche, are the towns of St. Maur and St. Martin. There the long-wandering bride shall be given again to her bridegroom, There the long-absent pastor regain his flock and his sheepfold. Beautiful is the land, with its prairies and forests of fruit trees; Under the feet a garden of flowers, and the bluest of heavens Bending above, and resting it’s dome on the walls of the forest. They who dwell there have named it the Eden of Louisiana!

We initially chose the name Evangeline as a tie to the history of our region and surrounding Acadian culture. Evangeline is a common name used in our region as it relates to the landing of the Acadians in 1765, thus forming the “Cajun” French culture. Also, the name Evangeline is a French feminine name that means “angelic like presence” and its root comes from the word evangel. It conveys a theme of evangelism, good tidings, and sharing the Gospel of Jesus Christ–all representing our mission.

From a biblical perspective, the term house has many meanings. It is used to refer to one’s established set of values, one’s sphere of influence, a family, and also a physical hall of residence. We refer to ourselves as a house as it relates to Proverbs 24: 3-4 in which the foundations are identified as Wisdom, Understanding, and Knowledge.

3 By wisdom a house is built,
And by understanding it is established;
4 And by knowledge the rooms are filled
With all precious and pleasant riches.

Evangeline Christian Home and School for Girls was our first attempt at naming our school in 2001. The name was too lengthy for a web site domain, so it was shortened to Evangelhouse.com for the sake of brevity. Through the years, the domain name became our nickname. In 2006 we refined our name to Evangel House®, and we were awarded the trademark for the name and logo by the U.S. patent office. In January 2013 application was made to expand the trademark. 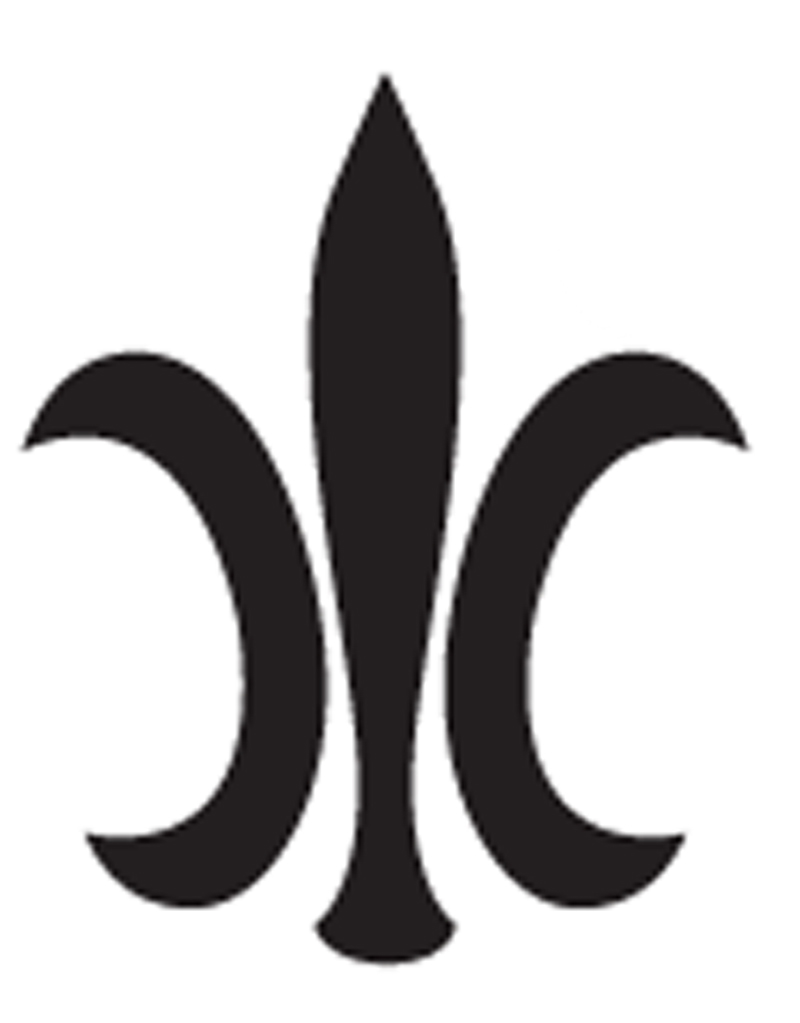 A symbol unique to our Acadiana region location is the fleur de lis, which can be found on several city flags in the region. We choose a stylized version of the fleur de lis to represent our organization because of its historical meaning as a Christian symbol representing the Father, Son, and Holy Spirit. It also represents the resurrection of Jesus Christ and the “new life” believers obtain. 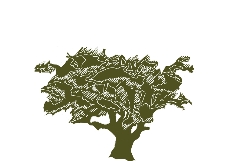 We combined the graceful southern live oak combined with the fleur de lis formed our logo. The live oak represents a connection to the Evangeline oak referenced in Henry Wadsworth Longfellow’s epic poem. Our campus is located two miles down river from this historic oak. In the poem’s narrative, the main character Evangeline waits by the live oak near the bayou for her bridegroom’s boat to return:

…There the long-wandering bride shall be given again to her bridegroom,
There the long-absent pastor regain his flock and his sheepfold…

Longfellow beautifully makes an allusion to scripture where Christ is referenced as the bridegroom and his Church the bride who eagerly awaits his return. On the Bayou Teche, at the center of the Evangelhouse campus rests a 250-year-old southern live oak. We constructed a dock under this tree as a metaphor of believers awaiting Christ’s return. We call this dock Live Oak Landing.

7 Blessed is the man who trusts in the LORD
And whose trust is the LORD.
8 For he will be like a tree planted by the water,
That extends its roots by a stream
And will not fear when the heat comes;
But its leaves will be green,
And it will not be anxious in a year of drought
Nor cease to yield fruit.
Jeremiah 17: 7-8 NAS

In 2008 the live oak was separated from the primary logo. This was done as the Lifeleaf system was developed and released on 2009. The system logo consists of five live oak leaves which represent the areas of growth: spiritual, emotional, academic, social, and physical. The leaves are given colors to represent the four seasons of change, as the stages of growth take one year for a student to complete. The scripture in Jeremiah noted above integrates the theme with the Evangelhouse® spiritual focus as a Christian ministry.