We are a Christian Therapeutic Boarding School for girls with anger management issues. We serve girls with anger, depression, anxiety, problematic behavior, social issues, family discord, and more. The Evangelhouse therapeutic boarding school was established in 1995 to serve Christian families with a quality residential treatment option for troubled teen girls. 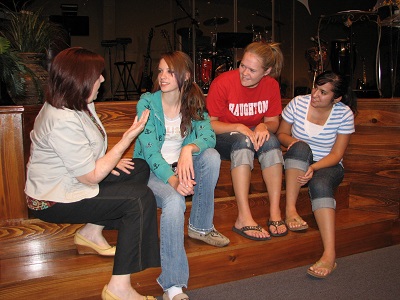 When a troubled teen experiences a serious academic setback, it is important to redirect their behavior. At Evangelhouse, our program enables students to re-establish academic goals, and engage in a plan of action that accelerates learning to make up missed credits and graduation requirements. Most importantly, each student will receive individualized instruction that is tailor-made for their academic needs. The notable difference at Evangelhouse when compared to traditional school settings is that students with learning problems such as dyslexia or ADHD/ADD among others will receive individualized instruction that addresses their needs.  In this setting, it is possible to adjust the pace of instruction and instructors build strong working relationships with their students.

Additional mental health issues that weigh into your daughter’s academic performance may include and not be limited to the following: energy levels, attentiveness, reliability, mental capacity, and optimism. There exists substantial research to support the fact that depression contributes to declining grade point averages and anxiety. Studies have also connected an increase in depression among the teenage population to an increase in dropout rates among high school students.

Interested in learning more? Click on a button to learn about our academic component, therapy offered, or the spiritual component of the program.

Anger is frequently a symptom that someone is having difficulty processing or coping with more serious emotions. When teen girls don’t know what to do or how to address a situation, they often become enraged. Teens girls may have a harder time dealing with complicated emotions than others because they generally lack experience or coping abilities. They are also frequently unaware of how to recognize whether something is an issue.

Teen girls become increasingly self-aware as they mature. When teen girls are furious, learning to be self-aware might help them establish self-control. Anger was shown to be more prevalent among men and younger individuals in a recent study, and it was linked to poor psychosocial functioning. This might have catastrophic ramifications. Teens must learn to regulate their anger rather than allowing it to rule them. 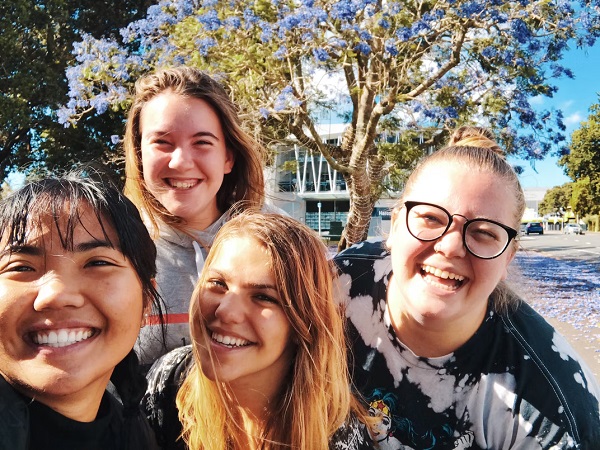 The Consequences of Anger

Anger, if left addressed, may lead to a range of health issues. Rage can lead to difficulties related to unmanaged stress. Irritable bowel syndrome, elevated blood pressure, and a weakened immune system are all examples of this. According to the report, unrestrained anger in teenagers might lead to asthma-related disorders. Anger can also have a direct effect on the airways, making an asthma attack worse.

To dull their rage and feel calm, some teenagers turn to drugs or alcohol. Adding substance misuse to the mix may be devastating because the teenage brain is prone to developing an attachment to substances, which can last far into adulthood. Teenagers may try drugs, creating chemical changes in their brains. As a result, even if they are aware that their usage is harmful, they may be unable to quit using such medicines. It’s a precarious situation.

Therapeutic Boarding Schools for Girls are Needed to Treat Anger

Depressive symptoms affect about 15% of adolescents and teenagers, and sadness can manifest itself in the form of rage or irritation. Furthermore, teen girls who have been through some form of trauma are more prone to respond angrily to events. Teenagers can also experience greater angry outbursts as a result of a variety of psychological conditions.

These are some of the disorders where angry outbursts can be seen. Evangelhouse Christian Academy is well-equipped to treat all of these disorders:
Autism Spectrum Disorder (ASD)
Bipolar Disorder
Disorders of Personality
Oppositional Defiant Disorder (ODD)
Obsessive-Compulsive Disorder (OCD)
Post-Traumatic Stress Disorder (PTSD)
Anxiety and depression
Intermittent Explosive Disorder (IED)
Learning Disabilities, such as Dyslexia or ADHD, as a result of substance abuse

Anger puts a lot of strain on the heart, making it work much harder than it needs to. It’s been connected to heart disease for a long time. Adult women who erupt in rage, according to news sources, are at a higher risk of developing health problems. They are more likely to suffer a stroke and die at a younger age than people who do not have anger issues. As a result, an anger problem can lead to early mortality and a life of misery.

Rose B
This school literally has given my daughter her life back and has given us the tools to help her and herself into the future. This is a full circle, all encompassing program. From admission to graduation. Do not delete this school from your list! I almost did because it was far away...and...to be honest, I wasn't sure how I felt about a "Christian" school. Whether you are religious or not, don't be put off or think your child is going to be brainwashed. She's not! It is a part of the day and I thought my daughter would hate it (and so did she). But it turns out she found great comfort there and her faith! I thoroughly investigated this school. In addition to my own research, I also hired a company that researches and screens these types of programs. I also had my daughter's psychiatrist interview the director! I've done all the researching and investigating for you. Whatever your daughter's issues may be, I probably have them covered! My daughter's diagnosis' range from ADHD, Anxiety, High Risk Behavior, Adoption issues/trauma and psychosis. Do not waste your time. Don't wait for Spring or end of school or whatever timeline. Act now! The happiest day of my life was delivering her to the ECA. I actually slept for the first time in years. Knowing my daughter was finally getting the help she so deserved. Therapy, school, socialization, faith, responsibility, accountability, self-worth and confidence. We all ask or pray for help. Consider ECA as prayers answered.

Tori Rivers
I graduated from ECA 4 years ago, and I can genuinely say that this place is truly amazing. It can and will help your daughter if she wants to put in the work. The staff and the girls I was with all made me feel like family and that I mattered. This place really saved my life, so if you are looking for a place that will help your daughter please send her here, I promise they will take care of her.

Mark Brown
We had a troubled teen. I found ECA online. I made a call and set up a visit. We were looking for a place that included God and biblical principles in their program. Now that our child has finished the program, WOW! Thank you ECA leadership. Every one on staff believes in the program. It shows! and it works!!

Andy Pohl
This school has been an absolute Godsend for my daughter and our family. We realized a few months ago that she needed residential treatment. After an exhaustive search, we found the wonderful people at Evangelhouse. They do an amazing job keeping parents updated and are always available when we call. I have been impressed with the way that they are firm with the girls but also loving and caring. The process there is amazing, especially since it involves the family also. We were so happy to find a place that provides professional counseling with a Christian focus.

Holly Savage
Two years ago we were struggling to get our daughter on the right track. We had tried everything and knew that she would need to be placed in a residential treatment facility. We had searched for at least a year to find the right place. Were looking for a Christian, all girls, small, therapeutic program not too far from Texas. Somehow, someway, God lead us to the Evangelhouse website. We are so glad that we took his direction because it has meant a world of difference for our daughter, our family, our marriage, and our peace of mind! Evangelhouse has taken a once broken, low-self esteem, miserable, self-centered, hostile, angry, self-doubting teenager in crisis and changed her into a Christ-centered, selfless, self-loving, servant-hearted, mature, sensible, responsible, thoughtful young adult. ECA implements a program that strips each student down to the bare necessities in order for them to focus on what is truly important in life. I don't know where we would be without ECA. I now know what it is like to have a functional, happy, and peaceful family life.

Ari Lawrence
This place is absolutely fantastic. It has changed my life more than I can express in words. My family is whole again, and I have left my negative behaviors in the dust. This place will make all the difference for your daughter.

G W
I have know Mark and Karen for over 20yrs. You will not find a more dedicated and compassionate couple to work with and care for your children.