Dangerous Apps Parents Should Know About 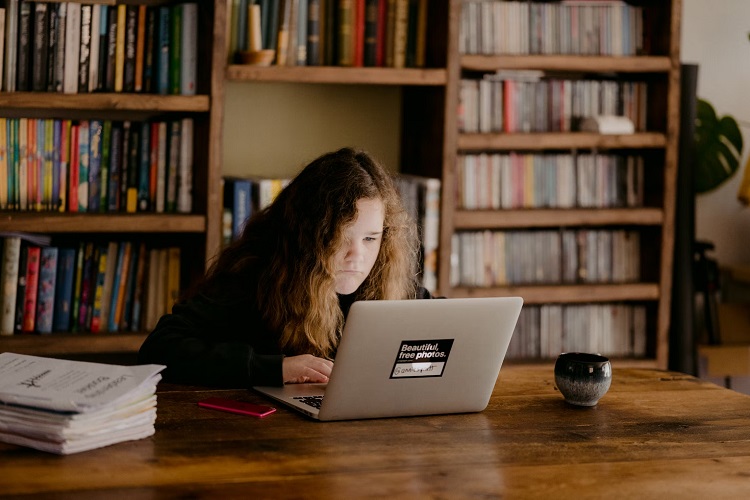 Being constantly aware of what your kids are doing on their cell phones is a challenging responsibility of parenthood. Since new applications are always being developed, it may be time-consuming or even impossible to determine if they are safe. Kids are constantly in touch with one another since they now spend a lot of time on social media and texting services. Unfortunately, some of their preferred methods of staying in touch with pals may wind up being some of the riskiest apps kids may be utilizing.

Even the most tech-savvy parents may find it difficult to keep up with all the new applications that their teens want to download. Social media platforms fluctuate, trends shift, and brand-new viral applications may appear overnight. It can be challenging to determine whether applications actually pose a risk to your teen’s safety, which makes matters more challenging. We’ve put up a list of some of the current day’s most hazardous applications for youngsters to assist you. Some will certainly be familiar to you, but some could surprise you!

Our list of risky teen applications begins with one that most parents are probably already acquainted with. Since 2011, Snapchat has been around and has made “disappearing messages” popular. However, given how easy it is to take a screenshot today, youngsters might not always completely get that nothing on the internet truly vanishes.

Snapchat not only gives users a place to communicate nude photos, but it also puts them in danger. Friends (and perhaps complete strangers) may find your daughter’s exact whereabouts thanks to the GPS-powered Snap Map. Drug traffickers are increasingly utilizing Snapchat to communicate with teenagers because they believe it to be “safer” than texting or emailing. Warning: it’s not, and the app is intensifying its efforts to stop the selling of illicit drugs.

Instagram, the well-known photo and video-sharing service owned by Facebook, is Snapchat’s main rival. Instagram now offers vanishing messages and images, much like Snapchat. It has even created Reels, a short video format that features viral audio samples or music, which is a competitor to TikTok.

The app recently made adjustments to make it a safer place for its younger users, however many of these modifications (such as turning under-16s’ profiles to private by default) are either useless or can be swiftly and easily disabled by teens through the settings menu.

Users can communicate anonymously in this online community. According to Common Sense Media, some users publish personal information and there might be improper content.

Discord is a popular location for teenagers to hang out and discuss about gaming, whether they’re actively playing Call of Duty or just chit-chatting after school. It is a messaging service with capabilities like phone chat, video calls, direct messaging, and chat groups that is quite similar to Slack. Users can join several “servers,” and there are many “channels” inside each server. Think of them as online forums. They may be used for anything, from big public video game servers to intimate, small-scale social gatherings.

Why then is Discord such a threat? because it exposes teens to a wide range of unsuitable information, including pornography, bullying, and online predators. Discord continually ranks among the top five platforms for bullying, suicide thoughts, body image, and other issues. Discord is used by more people than simply teens, despite its popularity among teenagers, which implies that the software has a large amount of adult content. Teens may find it simple to join a Discord server, establish “friends,” and later come under the influence of questionable adults.

YouNow Unfortunately, they frequently unintentionally divulge private information to visitors who are not identified

An anonymous messaging software called Yik Yak allows users within a five-mile radius to view messages that have been uploaded publicly. Yik Yak has no user names, handles, actual identities, or images, so when we claim it’s anonymous, we truly mean it.

Imagine how out of control things may go in a setting where there is no accountability. Kids already struggle with proper online behavior when they use their own identities. Bullying also thrives on Yik Yak, especially when it spreads across school campuses. Rumors may be posted online and spread quickly. In 2017, the app experienced a problem with material that encouraged sexual assault and other forms of violence.

Teens may interact with one another using this software for social networking with short videos. Despite its emphasis on security, Common Sense Media has stated that it is suitable for users 17 and older because it doesn’t age-verify users and may divulge personal information to outside parties.

Omegle is a platform for anonymous video chat that connects you with a total stranger anywhere in the globe. Finding a pattern? Yes, anonymous applications are frequently among the most harmful ones available for teens.

Similar to how our age used prank calls or AOL chat rooms during sleepovers, kids have been known to go to Omegle in groups in search of excitement. However, what they discover on Omegle can be quite risky. Teens may see nudity and perhaps genuine sex activities on television. Predators may be hiding on the website, grooming kids, and capturing images and videos of their interactions.

The App Store ranks Kik as unsuitable for anybody under the age of 17, despite the fact that the maker claims it’s for children 13 and older. This is due to the extensive sexual content that the app may expose teens to. There are only strangers in chat rooms if you don’t use Kik to communicate with folks you already know (and why would you when you have texting capabilities, Facebook Messenger, or other more reliable apps?). Because of this, Kik has a very high potential for predatory behavior. As a result, it is unquestionably not a texting app for teens.

How to Discuss Apps With Your Daughter

Teen girls frequently only want to use the applications that their friends are using. They might not even be aware of the risks associated with kid-friendly apps. We advise having a conversation with your child about any new applications they want to download. Compare and contrast each, remembering that the justification “because everyone else has it” isn’t always the strongest one. However, pay attention to what they have to say. You could be surprised by their dedication and research!

Sometimes, a simple chat about an app may lead to a really serious discussion about safety, sex, or even mental health. Whatever you choose to do with letting your daughter use an app, think about creating a tech contract. This collectively generated contract might aid in establishing guidelines and expectations for your daughter’s online behavior.