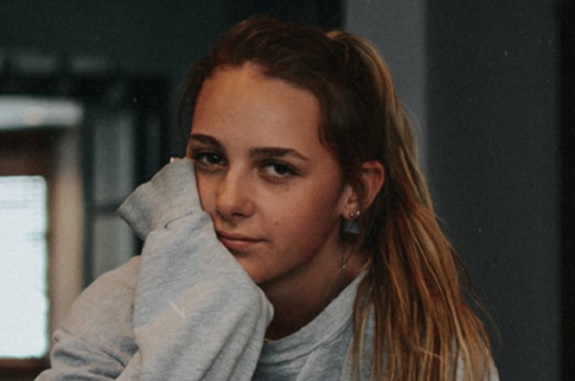 Teenage girls can be impacted by traumatic events in a variety of ways. However, the effects of trauma on teen girls are frequently disregarded and underappreciated. Girls attending Evangelhouse get the tools and encouragement they need to deal with the long-term effects of trauma. Our treatment milieu is focused on trauma, depression, and related issues. Though our proven LifeLeaf treatment program, girls at Evangelhouse realize that trauma need not govern or define their lives.

Everyone can experience trauma, but some people are more susceptible to its long-term repercussions. When it comes to the effects of traumatic situations, teenage girls are among the group that is most susceptible.

What then qualifies as trauma? There are many different types of trauma. A few instances of terrible events that happen often today include:

Teenage girls are frequently very sensitive to the horror and suffering of traumatic events, and without the right kind of help and healing, trauma may define and ruin their lives for years to come without receiving treatment at a trauma-focused program like Evangelhouse. Teenage girls frequently hold their grief internally rather than outside when they go through hardship.

The more hazardous consequences of trauma are frequently internalized, even if some people may lash out at loved ones or display other overt signs of pain. Self-harm, drug addiction, disordered eating, and other mental health issues can result from this.

At Evangelhouse, we frequently observe an increase in isolative behaviors, including avoidance of others and good coping mechanisms, since teenagers (girls grades 6-12) prefer to individuate more at this age. Teenagers who have been through trauma often express themselves considerably too much or too little. Verbal and physical violence toward others are examples of overexpressed behavior. They could last for a while and be hard to control.

Conversely, under-expressive actions might appear to be the exact opposite. Teen girls may withdraw into their rooms, exhibit verbal reticence and reserve, and show little emotional response. Both of these coping mechanisms use the avoidance symptom to divert attention from the underlying issue at hand.

Teen girls who have gone through trauma frequently notice a change in mood. Increased irritability and more frequent mood swings between melancholy and rage. These feelings are frequently linked to the painful experiences had. Conflict at home tends to worsen since parents don’t understand what’s going on with the adolescent and blame most of it on the moodiness of a developing teen. While part of this could be accurate, it’s crucial to remember the signs of trauma. Additionally, because of their greater unhappiness, individuals are more likely to injure themselves.

Regardless of trauma experiences, peer-to-peer and romantic interactions are typically the most crucial at this point. Teen girls who have endured trauma frequently withdraw from friendships and want to remain alone. Reduced social contacts are a result of a diminished desire for friendships as well as fear that friends won’t understand. Relationships between people tend to start at this period. Teenagers who have been through trauma frequently want to become attached to anyone who emanates affection or approval. Parents should take note of the relationships that are developed throughout these periods.

Teen girls typically have more scholastic obligations at this time in their lives, which increases their stress levels and makes it more difficult for them to control their emotions. Teenagers frequently show a reduction in grades and a general decline in performance in areas where they ordinarily performed well before to the shock. As unwelcome or intrusive thoughts or images from the traumatic incident loop in their minds, their ability to focus frequently suffers. It is common to notice a fall in mood, which affects their performance. There may be a rise in absenteeism and behavioral issues in the classroom.

Some of the physiological, neurological, and emotional impacts of trauma might be transient, while others can continue for a very long time. Your teen girl may have post-traumatic stress disorder if the symptoms of trauma persist or interfere with daily living (PTSD). Approximately 10 to 20 percent of those who endure a trauma will go on to acquire PTSD symptoms.

If your teenage daughter is suffering from trauma, contact us today about admissions at Evangelhouse.